Please click on the title to see the full article.

THE MANY STAGES OF CHRYSTIA FREELAND By Jeremy Kinsman (Article)

Seeing Deputy Prime Minister Chrystia Freeland on December 10, holding up the just-signed NAFTA II agreement in Mexico City on live television alongside President Manuel López Obrador, towered over by U.S. and Mexican negotiators, was a reminder of how very far she has come.

Watching the public hearings on the impeachment of Donald Trump is worrying on many levels, but for a career diplomat, it’s sickening.

As a long-time Canadian Foreign Service officer and former ambassador to Russia, the European Union and the United Kingdom, among other postings, I feel gutted over the excruciating position that U.S. diplomats on duty in Kiev and Washington were put in during the Trump shakedown of Ukraine. The not-only politicized but corrupt back-channels, the previously unthinkable judgment calls, the conversations you wish you’d never heard much less been a part of: short of avoidable loss of life, the Trump doctrine on foreign affairs is pretty much a diplomat’s worst nightmare.

BREXIT: A RATIONALE, NOT A DEFENSE By Jeremy Kinsman (Article)

Brexit: A synonym for political chaos and confusion. To ardent advocates in a divided and embittered Britain, it represents a noble and historic national cause. Opponents fear it will reduce the United Kingdom’s stature, prosperity, and even size, tempting Scotland and Northern Ireland to defect from what they see as English nativism. Polls indicate most in Britain regret the way the 2016 referendum amounted to a careless leap in the dark, a simplistic binary choice then Prime Minister David Cameron presumably didn’t think he would lose and hardly tried to win.

BEING BACK: FOREIGN POLICY AS A CAMPAIGN ISSUE By Jeremy Kinsman

Foreign policy rarely figures as a driving issue in Canadian elections. But in 2019, Canada’s place in the world and international stability itself are severely challenged, in large part because of the disruptive actions of the world’s most powerful country—and historically our most important ally—next door. However, don’t expect leaders to prioritize foreign policy in the campaign. (At this writing, Prime Minister Justin Trudeau has not yet accepted an invitation for the Munk School of Global Affairs and Public Policy debate scheduled for Oct. 1). 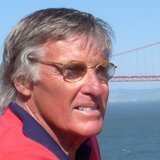 In Delray Beach, Florida, meeting one more snowbird holds little mystery. But for a local’s first-time encounter in Ulan Bator or Timbuktu, a Canadian can seem exotic. In London or Berlin, Shanghai or Santiago, people think they know us from hearsay but their impressions can be distorted.n the autumn of 2000, before 9/11 changed our world, when England was still basking in apparent prosperity and self-satisfaction, I opened London’s Sunday Times. Headlining the Arts section was an interview with Margaret Atwood, short-listed for the Booker Prize for the year’s best novel in English. The journalist declared he had just met that “rarest” of species—“an interesting Canadian.”

THE LAST PIECE ON BREXIT? By Jeremy Kinsman (Article)

Prologue: April 2, 2019, email from editor to writer on contribution to next issue: “You might want to take a bite out of Brexit— after the next big cliff-edge, hair-on-fire deadline.......”

Writer to editor: “Sure. The LAST piece on Brexit. Unless it’s not. It could go on. For ever and ever.”

There is one modest relief in spending time in the UK these fateful days of political confusion and chaos over Brexit: hardly anyone ever mentions US President Donald Trump. Few welcome his ignorant intrusions into the British debate behind the cause of Brexit.

Many times in the past two years, people have told me they’ve never seen Donald Trump laugh.

So, what would it take?

A sure bet would be if — after the mid-term elections that bore very ominous tidings for President Trump’s hopes for re-election in 2020, because women voters chose Democrats for House races by a staggering 59% to 40% — new insurgent Democratic members of Congress, seeking generational and ideological change, rebelled against Nancy Pelosi’s re-election as Speaker of the House of Representatives when Democrats take the majority in January.

THE G7: HARD TALK OR A SLEEP-WALK By Jeremy Kinsman (Article)

As the Charlevoix G7 approaches, there is some question as to how the June 8-9 summit could play out as a Trumpian disaster. As veteran diplomat Jeremy Kinsman writes, if the disruptive president plays skunk at the La Malbaie garden party, Justin Trudeau should think about publicly calling him out on it and issuing a heavily qualified final communiqué.

RUSSIAN EXPULSIONS: 'IF THERE WAS EVER A TIME FOR DIPLOMACY, THIS IS IT' - By Jeremy Kinsman

About 50 years ago, Swedish writers Maj Sjowall and Per Wahloo created addictive detective stories rooted in sociology. The reader knew who was murdered and often learned early on who did it. The mystery to be solved was why.

Today, even fiction writers can’t keep up with the unfolding chronicle of breaking surprises coming out of the real world of politics — the latest, strangest episode being the attempted murder in a peaceful English cathedral town of an ex-double agent from Russia and his visiting Russian daughter.

Russia’s 1917 Revolution over-turned a 300-year old dynasty and a whole culture. It didn’t overthrow the world order, as socialist revolutionaries wanted. But with Europe’s massively destructive, essentially pointless, and ultimately unresolved Great War—without which the Revolution would not have happened—it helped shape the 20th Century.

NEGOTIATING NAFTA: It's Not a Game for Sissies - By Jeremy Kinsman (Article)

Canadians and Americans negotiate effectively every day. We enjoy an ease of dealing with each other in the private sector as smooth as any relations in the world. Trans-border acquisitions are agreed on complicated bargains for pipelines, banks, property, waste collectors, diamond mines and food suppliers.

OUR DIPLOMATIC IDENTITY: A CANADIAN BALANCE OF REASON AND PASSION By Jeremy Kinsman (Article)

Over the past century, Canada has evolved and matured as a nation out of the yoke of colonialism and beyond the geographic dominance of its relationship to the United States. Through its valour in wartime and value as an honest broker, Canada has weathered shifts in geopolitics and its own domestic politics to emerge with its long-standing imperatives of multilateralism and pluralism intact. Veteran diplomat Jeremy Kinsman recounts the journey that brought Canada to its current place as a reliably rational port in our current global storm.

Duke Ellington once said that in his music, melody was his passion. But rhythm was his business.

IS THE EU GOOD FOR ANYTHING ANYMORE? By Jeremy Kinsman (Article)

Back in the U.K. and Brussels recently for my first visit since the United Kingdom’s unexpected vote to pull out of the EU, I found nothing but buyers’ remorse among a score or so of experts, editors and diplomats in English circles.

"YOUR COUNTRY, MY COUNTRY" BY ROBERT BOTHWELL - Book Review by Jeremy Kinsman

That huge identity question roils the world, including our closest relations. Many Scots want to leave Britain, especially if Britain leaves the EU. Other Europeans are challenged by the integration of refugees from other places, especially Muslims. Eastern Europeans who had longed to join their old European cultural family have ended up disappointed.

LIFE AFTER BREXIT: WHEN NOTHING IS CLEAR, IS ANYTHING POSSIBLE By Jeremy Kinsman (Article)

Britain’s narrow but decisive vote to disengage from the European Union may be digested by history as a bafflingly self-sabotaging act by a Western democracy, as the pinprick that deflated the European project and destabilized the global balance of power—or as something else altogether. Veteran diplomat Jeremy Kinsman, whose Brexit vote post-mortem piece for opencanada in July (https://www.opencanada.org/features/brexit-post-mortem-17-takeaways-fallen-david-cameron/) went viral in the UK, writes that the process may beget more possibilities than we can now foresee.

Spoiler alert: Brexiteers who now permit themselves to read only positive articles about the project to leave the European Union, should cease reading immediately.

1. Referenda are the nuclear weapons of democracy. In parliamentary systems they are redundant. Seeking a simplistic binary yes/no answer to complex questions, they succumb to emotion and run amok. Their destructive aftermath lasts for generations.

Divorces after 43 years of marriage are rare, usually severing unions that had been fraught for years.

Earlier this year, British Prime Minister David Cameron called an unnecessary referendum for June 23 on whether the UK would remain in the EU or leave in order to settle for good an abrasive issue in his Conservative Party that has been fueled by a surge of identity-based nationalism in England. It risks backfiring badly.

With only one week before the vote, every indication is that the result is up for grabs.

My bones tell me that in closing days “remain” will rally, as often happens in separation referenda when most undecided voters opt for the less disruptive option.

CRISIS AND THE EU: THE REFUGEES By Jeremy Kinsman (Article)

The European Union was born as the dream of pragmatic visionaries as a response to and bulwark against the manifest horror of organized evil. Its strengths were evident for decades before two successive calamities— the 2008 financial meltdown and the 2015 refugee crisis—exposed its vulnerabilities. While both have tested the EU’s structural and philosophical soundness, Jeremy Kinsman warns never to bet against Brussels.  His full article is here.

RUSSIA, CORRUPTION AND THE DARK SIDE OF THE BEAUTIFUL GAME By Jeremy Kinsman (Article)

Watching the talented, spirited athletes at the FIFA Woman’s World Cup is balm for one’s spirit in a troubled time. They are true exemplars of The Beautiful Game. But off the field, behind the glamour and FIFA’s front-office bravado, there is the stench of corruption.

Corruption is the way of so much of the world. Grease a palm, skim a cut off the top, sell an inside tip, peddle influence… These are reflexes like breathing in most places. Nothing much gets done there without them. From a dictator’s family selling mining concessions down to the traffic cop squeezing a motorist, the privilege of office is a license to extract gain.